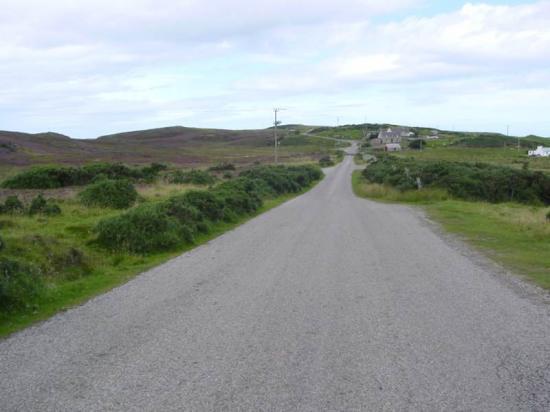 Work began this week on the Ł3.4 million final phase of upgrading the A 836 North Coast road, between Melvich ~ Strathy, Sutherland.

The Highland Council has awarded a 40-week contract to Highland Quality Construction to build 3.4 kilometres of modern two-lane carriageway at Melvich, which will include two new bridges and environmentally friendly features, such as otter culverts.

Disruption to traffic movement should be minimal as most of the new road is being built "off line". Funding of Ł500,000 has been attracted from the European Regional Development Fund.

Councillor Mackay is delighted with the investment made by the Council on the North Coast road.

He said: "Over the past 18 years, the Council has spent Ł7.7 million on bringing the North Coast road up to a modern standard. It makes journey times faster and safer and is welcomed by all who travel along this important part of the regional road network."

Highland consumers are being 'cold called' at home with the promise of free household alarm systems.   However, the offer may sound too good to be true and Highland Council Trading Standards Service are warning householders to be on their guard.
[Libraries, Museums & Galleries]
26/6/2007

Trading Standards Officers at The Highland Council are calling on consumers to be on their guard when buying on the internet after a survey highlighted that 40% of on-line business failed to fully comply with the Law.   A recent in-depth survey has uncovered a variety of problems for consumers such as hidden costs and denial of cancellation rights.