Young litter pickers get busy sprucing up their village 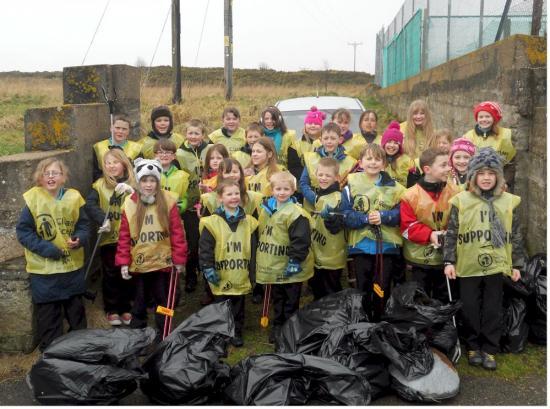 As part of their eco-school activities pupils at Melvich Primary School in north Sutherland spent their last day of term on Friday 4 April 2014 taking part in a litter pick around their village.

Many hands make light work so in just a short space of time the young litter pickers were able to fill lots of black bags with discarded items that ranged from crisp packets to glass and plastic bottles.

Helping the kids with the litter pick were staff from the school and parent helpers as well as The Highland Council’s Countryside Rangers Paul Castle and Samuel Watson.

Paul said “Thanks to the great efforts of Melvich School kids this litter is no longer on show to any locals or visitors to Melvich. They worked extremely hard and we were very surprised just how much litter we collected during the pick.”