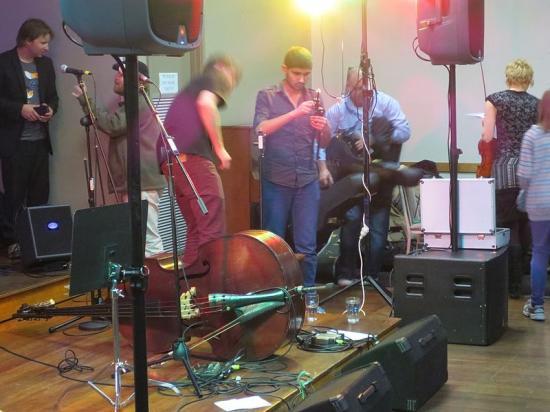 Musicians, bands, artists and venues will be able to apply to a £750,000 Scottish Government fund to bring new and additional concerts to venues and festivals in Scotland next year.

Scotland on Tour will support the staging of concerts across the whole nation from between January 2022 and January 2023.

Funded by Scottish Government and organised by Active Events, its decision making panel includes representatives from across the music industry, as well as Creative Scotland, Scottish Enterprise, Highlands and Islands Enterprise, XpoNorth and South of Scotland Enterprise.

Participating artists, venues and festivals will be announced later this year.

Culture Minister Jenny Gilruth said:"Due to the impact of COVID-19, I know many concerts from 2020 and 2021 have been postponed - leaving little opportunity for artists to perform new concerts in traditional venues or concert halls up until late 2022, or even spring 2023.

"So I am very pleased to announce Scotland on Tour, a fund to help artists, venues and the wider music industry by creating new concert opportunities across Scotland next year.

"The fund is not only an exciting opportunity for artists and venues, but also for Scottish audiences, who will have the chance to see the best of Scottish music right on their doorstep."

"The past 18 months have been exceptionally challenging for musicians and promoters around Scotland.

"This fund will allow new concerts from professional musicians to take place across the country, bringing world class performances to cities, towns and local communities whilst simultaneously supporting production companies and skilled freelancers in their delivery.

“We are extremely excited about the project and would like to wholeheartedly thank the Scottish Government for their investment."

Head of Music at Creative Scotland, Alan Morrison, said:“At the height of the pandemic, Active Events applied to Creative Scotland's Open Fund for a research project that would identify community partners and increase touring opportunities for musicians when restrictions finally lifted.

“This bold vision for recovery has blossomed into a new touring fund, supported by the Scottish Government, that will breathe life back into the live music sector across the entire country.

“It's extremely encouraging to see how a seed that was sown in darker times is growing into a major year-long programme that will bring music fans and professional artists of all genres back together again."

The Scottish Government committed to establishing a Touring Fund for Theatre and Music within the first 100 days of the current administration.

Active Events and the Scotland on Tour initiative are supported by a steering group that has representation from industry including the Scottish Music Industry Association, the Touring Network, Creative Scotland, Enterprise agencies and the Edinburgh Fringe Society.

Further details will be announced soon as to how artists and venues can apply to the Scotland on Tour fund, which is expected to open for applications in October 2021. Registrations of interest to the fund can be recorded by sending an email to info@scotlandontour.com