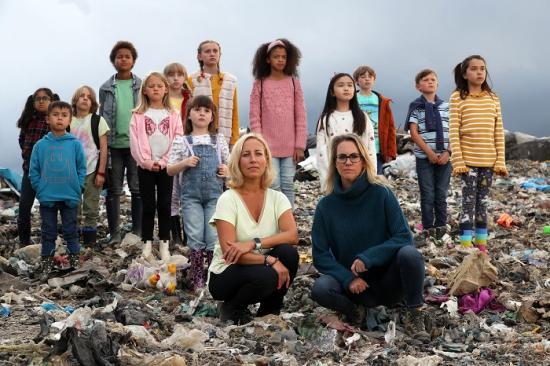 As the nation starts planning for Christmas early to avoid supply shortages, new research reveals the misjudged gifts you should AVOID giving your friends and family.

The research, from the UK's number one sharing app OLIO, found that 34 per cent thought that a dead plant was one of the worst gifts you could receive; with out-of-date chocolates next on the list (29 per cent) as well as loo roll (29 per cent); perfume that smells awful (26 per cent) and regifting someone the same thing they gave you last year all featuring as gifts that are most likely to end up straight in the bin.

Also on the list were clothes that don't fit (23 per cent), cleaning products (17 per cent) and a Christmas hamper from the year before (13 per cent).

More than a fifth (21 per cent) of Brits have been miffed to receive a diet recipe book, while more than a quarter (26 per cent) have received perfume or aftershave that smells awful.

Fourteen per cent have been given books they've already read, 12 per cent have been disappointed to open a present containing deodorant, and one in 10 (10 per cent) have had to pretend they find the comedy mug they've received hilarious.

The study into Christmas gifting habits found that more than four in 10 (41 per cent) Brits admit to having thrown unwanted presents in the bin after the big event, with an impatient 36 per cent throwing them away while doing a big Boxing Day clean up.

Sharing their spare isn't second nature to everyone yet, with 16 per cent of Brits throwing away an unwanted present without checking to see if anyone they knew might like it.

Brits buying for other people's kids should also beware. If you want to stay friends with their parents, do not give a child a whistle (15 per cent), a noisy musical toy (12 per cent), a drum kit (12 per cent) or a violent video game they are too young to play (13 per cent). The research also found shoppers should avoid giving small children plastic toys consisting of hundreds of pieces that their parents will spend hours picking up.

More than a quarter (26 per cent) of mums and dads have disposed of unsuitable, ugly or noisy presents given to their children by either chucking them in the bin or taking them to the tip.

Overall, a staggering 85 per cent of parents believe their children receive too many presents at Christmas which could be contributing to the 8.5m new toys that are thrown away in the UK every year[1]. The general population seems to agree, with 90 per cent believing gift buying has gone too far, and we'd all be better off giving fewer presents during the festive season.

Tessa Clarke, co-founder of the OLIO app said: "Our research quite clearly reveals how we need to be more thoughtful with our Christmas shopping, not just for the sake of our friends and family, but for the sake of the planet too.

"UK households generate a staggering 30m tonnes of waste every year - around a tonne per household and Christmas is our most wasteful season. Ensuring we give fewer, more considered gifts, is key to ensuring they do not end up in a landfill. We'd also encourage everyone to upload any unwanted gifts to the OLIO app, as we all know that one person's trash is another's treasure. With the rapidly accelerating climate crisis, it's more important than ever that we don't waste our wonderful world, and that we share more and waste less this Christmas."

The study also found that 46 per cent of Brits have given Christmas presents to family and friends that they know in their hearts they won't like.

A third (34 per cent) said the pressure of trying to buy new things for those in their lives was overwhelming, and they often made last-minute purchases that they later regretted.

A further 28 per cent claim when they have no idea what to buy someone, they choose something they would like to receive. A passive-aggressive 18 per cent has deliberately bought someone a gift they know they will hate.

The research also uncovered a list of nostalgic gifts and toys that people wish they'd never thrown away, which included Barbie dolls (19 per cent), My Little Pony (14 per cent) Star Wars toys (13 per cent) and Transformers (13 per cent) .

TOP 50 WORST CHRISTMAS PRESENTS YOU COULD EVER BUY, ACCORDING TO BRITS

A dead plant 34%
A cheap or out-of-date box of chocolates 29%
Toilet roll 29%
Perfume that smells awful 26%
The same present that person gave you last Christmas 25%
A mop and bucket 24%
Clothes that you're not sure will fit 23%
Canned goods like baked beans 22%
A diet book 21%
A dustpan and brush 21%
Mouthwash 20%
Food items that they may be allergic to 19%
Alcohol that you're unsure they drink 18%
Something they already own, wrapped up and given back to them 18%
Cleaning products 17%
Tickets to an event you're not sure they can make 17%
A hand-knitted jumper that is too scratchy to wear 17%
A framed photo of yourself 17%
A festive tie 17%
A four pack of bargain larger 17%
Alcohol when you suspect they are teetotal 16%
Free samples of beauty products 16%
A whistle for their child 15%
A set of handkerchiefs 15%
A pack of obviously corporate gifted branded cards or other merchandise 14%
Scales 14%
An ornament that clashes with their interior style 14%
A book you think they might have read 14%
An air freshener 14%
Festive socks 13%
A Christmas hamper from last year 13%
Gardening equipment when they don’t have a garden 13%
Toys that are age-inappropriate - eg violent video games 13%
Very noisy musical toys for their child 12%
Two concert tickets, to a gig that you’d love to attend, but the person you’re giving them to wouldn’t 12%
A drum kit for their child 12%
A plastic toy for a child with hundreds of tiny pieces 12%
An apron 12%
A doormat 12%
A swear box 12%
A painting by a friend who can’t paint well 12%
Tickets to an event they can’t make 12%
Racy underwear, which they will end up opening in front of your whole family 11%
Toys that are for children younger than the ones you’re giving them to 11%
Shapewear 11%
Festive socks 11%
Deodorant 11%
Milk chocolate when they’re a vegan 11%
A plastic toy for a child that will likely break after a few plays 10%
A comedy mug 10%

OLIO is best known for its work tackling food waste, but has since developed into a wider neighbourhood sharing app. It allows users to pass on unwanted items from around the home, from food to furniture and clothes to cookware. OLIO makes it incredibly easy to give away unwanted items to neighbours, with half of all food added to the app requested in under 30 minutes, and half of all household items requested in under four hours.

The OLIO app today launches a new advert, filmed at a landfill in south Wales. The ad, which includes a choir of children singing ‘What a wonderful world’ against the backdrop of the landfill, shows the devastation of humanity’s wasteful culture.

Tips to have a more sustainable and less wasteful Christmas
As threats of empty shelves at Christmas dominate the press and the world’s leaders meet this week to find a way forward to mitigate the worst effects of climate change, could be the right time to rethink Christmas?

More than 85% of us feel we go too far with our gifting at Christmas, according to new research by OLIO, the UK’s number one sharing app. Here, Tessa Clarke shares her tips on having a more sustainable, less wasteful Christmas.

Gifting
Experiences not things - 85% of us think we gift too many ‘things’ at xmas. So why not gift an experience instead? A meal, massage or movies are always popular with my friends and family.

New to them - kids especially couldn’t care less if a gift is brand new or not. What counts is that it’s new to them! Why not search sites such as OLIO, eBay, Shpock or Depop for pre-loved gifts?

Homemade - nothing says I love you more than a homemade gift! Not big into cooking or crafting? Not to worry, I find a super simple tray bake of brownies is always a hit, and if that’s not your thing then check out OLIO’s MADE section or Etsy for the homemade touch.

Zero waste - I always make sure to gift things with no single-use plastic. Peace with the Wild is a great website full of gorgeous toiletries and beauty products that would convert absolutely anyone to the eco-movement, without them even realising it.
It’s in the wrap - Around 227,000 miles of wrapping paper ends up in the bin every Christmas. Why not ditch the paper and instead go Japanese style and wrap your gifts in reusable cloth instead? Totally unique, much prettier and eco too - what’s not to love?

Eating
Avoid food waste at Christmas and plan for how many you’re cooking for. Did you know that enough potatoes will be thrown away in UK homes this year to make enough Christmas roasties for the whole country for a whopping 48 years?
Not ready to take the plunge and go cold turkey on meat? Why not start small and experiment with vegetarian or vegan starters and snacks this Christmas?

Decorating
Bring the outdoors in - at this time of year it’s amazing what you can do with mother nature’s bounty. Get out and go foraging for some pine cones, twigs, green leaves or holly, festoon them with eco-friendly fairy lights for a natural but festive twist on Christmas.
Keep those loo rolls - start saving your toilet roll inserts and then use them to make personalised xmas crackers? You can buy the snaps and hats online and then decorate each in wrapping paper and insert personalised zero waste gifts. Examples we’ve used before include eco-friendly nail polish, lip balm in a tin and alcohol miniatures all work a treat. Don't forget the cheesy jokes!

Travel
Stay local - the biggest single culprit of carbon in our lives is flying. So why not stay local this Xmas and make the most of what the great UK has to offer. Don’t fancy cooking? Check out what great local hotels may have on offer instead.
If you do need to travel, go by train or carpool where possible.

● OLIO is a local community app that connects neighbours to help them share more, care more and waste less

● OLIO is well known for its work in tackling food waste, linking neighbours and businesses to share surplus food that would otherwise go to waste. Half of all food added to the app is requested within half an hour of posting. A year ago it launched an initiative with all 2,700 of Tesco’s stores, taking food nearing the end of its shelf life and redistributing it locally via volunteers known as Food Waste Heroes. There are now over 35,000 Food Waste Heroes operating in the UK.

● Since the beginning of the pandemic, OLIO has grown fivefold in terms of the number of listings coming onto the app. It has also passed the milestone of over 5 million community members, with half of these based in the UK.

● Since launch OLIOers have shared 32 million portions of food, which has had an environmental impact equivalent to taking 94 million car miles off the road, has saved 4.8 billion litres of water and has prevented 28k tonnes of CO2 equivalent emissions.

● Since its launch five years ago, OLIO has broadened its offer to include the free sharing of household items such as toiletries, kitchen appliances, books, clothes and toys; as well as guiding people how to live more sustainably via its GOALS feature, which provides prompts on how to live in a more planet-positive way.

● The MADE marketplace is the most recent addition to the app, providing an opportunity for local makers to buy and sell homemade foods and handmade crafts; enabling its community to have a second income stream based on selling sustainable goods to those on the

● OLIO’s Goals, like Tinder for sustainable living, has seen its users complete almost 1m goals to help save the planet