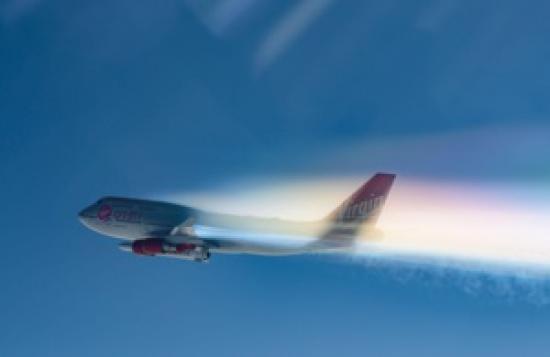 Satellite launch from Spaceport Cornwall is a step closer following Virgin Orbit's successful ‘Above the Clouds' mission in the US.

The UK Space Agency welcomes the news that Virgin Orbit has successfully completed its third mission from California on Thursday 13 January, launching several satellites into orbit from beneath the wing of a 747.

The UK Space Agency and Cornwall Council are supporting Virgin Orbit to launch satellites from Spaceport Cornwall, starting this summer, with the spaceport set to create 150 jobs in the local area.

One of the commercial satellites launched on the ‘Above the Clouds' mission was manufactured in Scotland by Spire Global, a world-leading satellite company based in Glasgow. These satellites were shipped from Glasgow to California for the launch, which demonstrates the potential value to the UK satellite industry of having a new launch capability in the UK.

Spire Global's ADLER-1 satellite is designed to help address the growing issue of space debris by gathering data about the environment in Low Earth Orbit.

UK Space Agency Deputy CEO Ian Annett said:Congratulations to Virgin Orbit on another successful mission, which demonstrates the huge potential of innovative, air-launch technology to meet the needs of the modern satellite industry. Having an RAF pilot at the controls demonstrates the UK’s commitment to working closely with Virgin Orbit ahead of their first launch from Spaceport Cornwall later this year.

The UK is home to some of the world’s leading satellite manufacturers, which currently ship their products overseas for launch. We are supporting them by fostering a new domestic launch market, with spaceports and launch operators providing services across the UK and catalysing investment from all over the world.

Unlike many rockets, Virgin Orbit’s Launcher One takes off horizontally, carried aloft by a modified Boeing 747 jet, named Cosmic Girl, which was flown by Flight Lieutenant Mathew Stannard, a Royal Air Force pilot on secondment with Virgin Orbit.

This was Virgin Orbit’s third commercial flight. In January 2021 the company put its first satellites into space, after launching from California’s Mojave desert.

Melissa Thorpe, Head of Spaceport Cornwall, said:With another successful launch, our partners Virgin Orbit are proving a new, more sustainable way for satellites to access space. We are so excited to bring this technology to UK soil, and to demonstrate how we can launch responsibly, create amazing jobs and inspire the nation.

The UK Government’s National Space Strategy sets out how the UK will become the first country in Europe to launch satellites into orbit in 2022. Spaceport Cornwall is one of seven potential spaceport sites across the UK which will help to cement the UK’s role as a science superpower and help unleash a wave of innovation across the country.