Uk And Faroes Reach Agreement On Fishing Opportunities For 2022 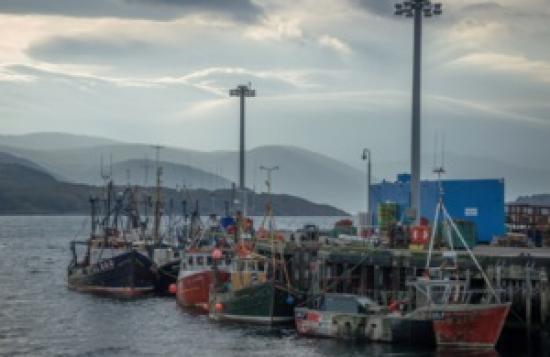 A more balanced deal than previous arrangements, securing UK priority stocks such as cod and haddock.

The UK has secured exchanges of opportunities valued at around £5.5 million for the fishing industry through the annual negotiations with the Faroe Islands, providing certainty for the industry on quota for this year.

The agreement will allow UK and Faroe vessels to fish in an area of each country's waters. This year, the UK fishing industry will benefit from 1,000 tonnes of cod and haddock, worth approximately £2.2 million, and 1,250 tonnes of Atlantic pollock, worth approximately £1.3 million, as well as around £2 million worth of Ling, Blue Ling, Redfish, Flatfish, and other species.

The opportunities delivered today are worth around £2 million more than under the previous EU arrangements.

Together with the UK's fishing deal with Norway, the UK-Faroes arrangements provide the UK fleet greater flexibility to manage quota and will release pressure on the North Sea.

Fisheries Minister Victoria Prentis said:I am pleased to announce that we have concluded negotiations with the Faroe Islands, securing a fair and balanced agreement on fishing arrangements for 2022.

Negotiating as an independent coastal State, we have secured a better deal that will provide UK fleets with £5.5 million worth of fishing opportunities, including high priority stocks like Cod and Haddock.

UK Government Minister for Scotland Malcolm Offord said:This is another important step as we continue to grow as an independent coastal state. Scottish whitefish vessels will be big beneficiaries of this deal but it’s good news for the fishing sector across Scotland and the UK more widely as we help to deliver a sustainable and profitable future for this vital industry.

Negotiating as an independent coastal State, the UK has secured a fair and balanced deal with inward transfers in the UK’s priority fish stocks, whilst removing aspects of previous arrangements that were of little value to the UK fleet. The agreement also includes the potential for an increase in opportunities for the UK fishing industry during 2022, which could see the total value rise to £7.75 million.

In previous years, bilateral negotiations with the Faroe Islands were led by the European Commission on behalf of the UK and other Member States. The inward quota transfers secured today are set to be worth around £2 million more than allocations dealt out to the UK under the Common Fisheries Policy.

Throughout the negotiations, the UK government worked closely with the devolved administrations to ensure a fair balance of benefit across the UK fleet.

The Written Record for these negotiations has been published on Gov.uk.

The outcome of annual fisheries negotiations with the Faroes will be published in the upcoming update to the Secretary of State determination of fishing opportunities for British fishing boats.

The UK agreed catch limits for 2022 for six jointly managed fish stocks in the North Sea with Norway and the European Union on 10 December.
The £5.5 million value of fishing opportunities for UK fleets is made up of 1,000 tonnes of cod and haddock worth approximately £2.2 million and 1,250 tonnes of Atlantic pollock worth approximately £1.3 million. A further 225 tonnes of Ling and Blue Ling worth around £400,000; 10 tonnes of Redfish equating approximately £20,000; 75 tonnes of Flatfish worth approximately £350,000 and 500 tonnes of unspecified other fish stocks worth around £1.3 million.
This is based on historic landing prices.
This agreement does not impact the UK’s bilateral negotiations with the EU. Those negotiations concluded on 21 December 2021 and focussed on the setting of total allowable catches (TACs) for bilateral UK-EU stocks and a range of related technical measures.
UK vessels wishing to fish in Faroese waters in 2022 and with an allocation to do so will be able to apply for an external waters licence via the UK Single Issuing Authority (UKSIA).