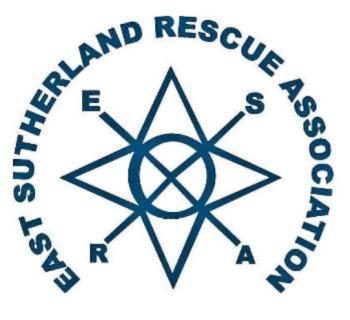 For local contacts but not rescues see the web site

Available on 999 only for rescues

ESRA is an independent charity which funds and operates an inshore lifeboat in the Dornoch Firth area. The lifeboat is crewed by volunteers.

In 1981 a group of concerned local people met to discuss setting up an organisation to provide assistance to the police in the event of water-based emergencies. There were significant concerns about the level of water-borne emergency response available. Dornoch and Embo beaches were – and still are – very popular destinations during the summer months.

A committee was set up to fund an inshore lifeboat and provide trained crew to serve the east coast of Sutherland and Easter Ross bordering the Dornoch firth.

It was only a matter of weeks after this that a seven year old girl was swept out to sea on an airbed, off Embo beach. Along with two members of the public who had gone to her aid, the girl was successfully recovered by three volunteers of the newly formed East Sutherland Rescue Association.

If you contact this Business, please let them know, you found them in the Sutherland Business Index