Highland Council To Debate Another 5 Years Of Cuts

A new service for the bereaved in Highland is launched today by The Highland Council called ‘Tell Us Once'.   The service will ensure that when a death is registered in the Highland area, a notification is automatically issued to most government agencies which removes the need for grieving families to notify multiple public bodies.
27/6/2017

Rural communities will have a stronger voice thanks to funding for the Rural Parliament announced by Environment and Land Reform Secretary Roseanna Cunningham.   The £200,000 funding for Scottish Rural Action (SRA) will support delivery of their 2017-19 Action Plan, which contains five policy areas debated and chosen by rural communities at the 2016 Rural Parliament in Brechin.
25/6/2017

Update Week commencing 19 June 2017 Tourism Food & Drink: · CNSRP partner Highlands and Islands Enterprise (HIE) this week published a baseline report on the economic impact of the North Coast 500 route which covers the whole of the north mainland.  The report highlights the impact of the route's global profile, and suggests that 200 new jobs could be created as a result.
24/6/2017

The Highland Council's People Committee has agreed membership of the Council's new Adult Services Development and Scrutiny Sub-Committee.   The Adult Services Development and Scrutiny Sub-Committee will ensure specific consideration is given to the delivery of adult social care services, as part of an integrated approach to all community care services, and will oversee on behalf of the People Committee, the commissioning of social care services for adults from NHS Highland.
21/6/2017

A bill to replace Air Passenger Duty in Scotland has been passed by the Scottish Parliament.   The Air Departure Tax (Scotland) Bill sets the structure of the new tax and how it will be collected and managed by Revenue Scotland.
21/6/2017

Rod Mackenzie has been appointed as Convener of the Crofting Commission by Rural Economy Secretary Fergus Ewing.   A life-long crofter, Mr Mackenzie is one of the six commissioners recently elected to the board by crofters from across the Highlands and Islands.
20/6/2017

The list of contents for Scotland's Baby Box is now available online as registration for the nationwide roll out begins.   All babies due on or after 15 August 2017 will receive a box of essential items to support parents and promote a fair and equal start for all children in Scotland.
20/6/2017

For information, the agenda and reports in respect of the Sutherland County Committee on Friday 23 June 2017 at 10.30am are now available on the Council's website and can be accessed using the following link:- http://www.highland.gov.uk/meetings/meeting/3853/sutherland_county_committee.
19/6/2017

The North Coast 500 (NC500) tourist route, launched in 2015, has had a positive impact on both visitor numbers and business trade.   This is according to a new report commissioned by Highlands and Islands Enterprise (HIE).
16/6/2017

Marine mammals and seabirds will continue to use the waters around operational wave and tidal renewable energy devices, finds a report published on Tuesday 13th June 2017 by Scottish Natural Heritage (SNH).   A major study of wildlife observations collected over ten years around wave and tidal energy test sites in Orkney has found little evidence of any long-term effects on the use of surrounding seas by the birds and marine mammals living in the area.
16/6/2017

Dounreay - The End Planning Phase - Your Chance To Comment

A planning application will be submitted to Highland Council later this year to cover the next phase of planning at the Dounreay site.  Planning permission from 2018 to the shutdown of the site, also known as the interim end state, is the third phase of the planning required for the Dounreay decommissioning programme.
16/6/2017 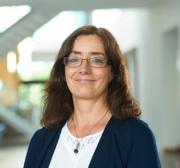 Highlands and Islands Enterprise (HIE) has appointed a new chief executive.  Charlotte Wright, who is currently the agency's Director of Business and Sector Development, has held the role of Interim Chief Executive since the end of August last year.
16/6/2017

A new £2.5 million fund will improve the help delivered to people looking to access employment and training.   The Employability Innovation and Integration Fund will look to join up employment support with health and social care, justice and housing services, making sure people receive the level of support they need to find sustainable employment.
16/6/2017

Launch of the Flow Country exhibition

A major exhibition opened this week at the Royal Botanic Garden Edinburgh focusing on the Flow Country, one of Europe's last wild places.   The Flow Country is a vast open landscape in the far north of Scotland, dominated by blanket bog, a rare type of peatland.
15/6/2017

More than 160,000 homes and businesses in the Highlands and Islands are now part of the high speed fibre broadband network, thanks to the Digital Scotland Superfast Broadband (DSSB) roll-out.   Residents in more than 230 Highlands and Islands towns and villages can access the benefits of high speed services following the £146m investment in a next generation broadband network for the region.
15/6/2017

Farm Tenants Improvements Amnesty - Use It Or Lose It