Incomes from commercial farms in Scotland have increased by around 94 per cent.  This reverses the decline from the previous year, with incomes recovering to 2014 levels.
12/3/2018

Around £700,000 will be spent on work to help address the range of pressures related to the decline of Scottish wild salmon stocks.   The support will include £500,000 for research and activities, and includes a new national programme of local sampling which will help to count the numbers of juvenile salmon in rivers, before they leave to become adults at sea and return, and monitor their abundance.
12/3/2018

Students from Scotland's Rural College (SRUC) are set to benefit from the country's first agricultural shared apprenticeship scheme.   Launched to coincide with Scottish Apprenticeship Week (5-9 March), the collaboration between SRUC and Ringlink (Scotland) - the UK's largest business ring - will see more than 30 students take up placements at a number of host farms in Aberdeenshire.
5/3/2018

Following the landslip on the Knoydart Peninsula last Autumn work is progressing well and every effort is being made to get the affected section of single tracked road open to traffic for the Easter weekend.   Following the failure immediate steps were taken to re-establish pedestrian and quad bike access, and this has been maintained throughout the works.
5/3/2018

The Council's proposed capital programme includes a significant investment of £346m over the next 5 years.  This could amount to as much as £481m gross depending on assumptions for grant and funding.
26/2/2018

Record enquiries about filming in Highland

Last week saw The Highland Council's film unit receive its 200th enquiry of the year - a new record that illustrates the level of appeal the area now has as a location for everything from high end movies to online commercials.  Enquiries are already 19% ahead of the previous financial year even before what is traditionally the busiest period of production development in March.
23/2/2018 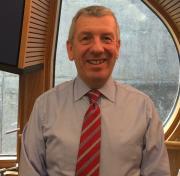 North MSP and Road Safety Campaigners eight year campaign for a form of Graduated Licence closer to being introduced.   Highlands & Islands Regional MSP and Road Safety Campaigner, David Stewart, has welcomed news from the UK Government that they plan to seriously now consider introducing a form of Graduated Driving Licence later this year.
21/2/2018

A survey of more than a thousand businesses in the Highlands and Islands has shown that almost all of them (95%) have taken action in the past 12 months to become more productive and competitive.   This is according to the findings of the latest business panel survey published today (Wednesday 21 February) ) by Highlands and Islands Enterprise (HIE).
21/2/2018

Young people in Caithness will be the first in Scotland to benefit from new Norwegian style learning centres.   A network of ‘Newton rooms' in Norway and one in Denmark are used to inspire more young people into careers in science, technology, engineering and maths (STEM).
20/2/2018

Scottish Tax Rates Being Set Today In The Budget Debate

City Region Deal funding for new homes across the Highlands

The Highland Council has agreed to use City-Region Deal funding to part fund new mid-market housing projects throughout the Highlands.   The affordable housing projects will be developed by Albyn Housing Society and Highland Housing Alliance in Ullapool, Fort William, Alness, Inverness, Aviemore, Grantown, Drumnadrochit and Newtonmore and will deliver 61 new homes targeted at young people working in the area.
20/2/2018

LEADER funding for projects in Sutherland

The Embo Trust, Strathnaver Museum and Sutherland Community Sports & Recreation Hub are among projects in Sutherland set to benefit from funding from the Highland LEADER Programme.   The Sutherland Local Area Partnership has approved funding of £247,578 to date and is encouraging potential applicants to come forward for a share of the remaining funds which must be committed by early 2019.
15/2/2018

Highland Council Has Agreed A Budget For 2018-19

Highland Councillors agreed a council tax increase of 3% which will mean an increase of £35.93 per annum on a Band D property.   Overall, the budget gap of £15,146 million has been met by a package of savings which includes increasing Council Tax income by £3.448 million, increasing income by £3,059 million, setting a target of £2,250 million to be saved through Redesign and reducing expenditure by £5.1 million.
26/10/2017

Motorists are being advised of a partial road closure of the B871 Syre - Kinbrace road in Sutherland, North West Highland.   A 9km stretch of the B871 is closed for an estimated period of 6 weeks to enable contractors to undertake emergency repair works to the partially collapsed Lonigall Bridge which has made the road impassable.
18/10/2017

Simon Henrick, Head of News at Green Flag, commented: "Statistics show that the price of petrol has crept up by over 3p per litre in the past three months.  This means owners of cars with 55 litre tanks are spending £1.65 more every time they fill up than they were in July.
5/10/2017

Households, workers, the unemployed, and small and large businesses in the Highlands and Islands are being called on by local MSP Jamie Halcro Johnston to share their views as the Scottish Parliament's Economy, Jobs and Fair Work Committee launches its inquiry into the performance of Scotland's economy since 2007.   In a year marking a range of anniversaries, including a decade since the financial crash, 20 years since the devolution vote; and the tenth anniversary of SNP Government, the Committee will scrutinise Scotland's economy, looking at issues such as the main drivers of growth and challenges to future growth; as well as average disposable income, and average weekly pay in Scotland.
5/10/2017

Old Round Pound Stops Being Legal Tender On 15th October

Get those round pounds spent or to the bank to save before 15th October when they stop being legal tender.   You will still be able to return them to banks but maybe better to save the hassle and find them al wherever you have them now.