The Highland Council has invited people in Golspie to attend a public exhibition highlighting results from an ongoing study into the risk of flooding along the Golspie coast, including potential options to mitigate the risk of future coastal flooding in Golspie.   The exhibition on Thursday 31st January from 2-7pm at Golspie Community Centre, 2 Back Rd, Golspie KW10 6RN will present results of the study to date following detailed hydraulic modelling of the coastal flood mechanisms that affect Golspie, and outline potential options being considered to mitigate the risk of future coastal flooding.
[Local Authority]
17/9/2018 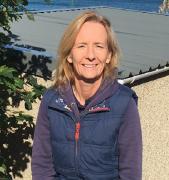 The Highland Council has appointed a new Chief Executive.  The successful candidate is Donna Manson, currently Service Director for Children and Young People in the Scottish Borders.
[Local Authority]
21/1/2015

On 22 January 2015 twelve S1 pupils from Golspie High School will be the first in Sutherland to become Junior Wardens as part of a joint project between the school, The Highland Council and High Life Highland.   The Junior Warden Scheme aims to provide an alternative and creative way to engage with young people and community groups, promote positive behaviour and encourage active involvement in the local community.
[Local Authority]
8/9/2014

The success of an apprentice plumber from Dornoch who won the Student of the Year 2013/2014 title for SVQ 3 Domestic Plumbing 2nd Year from Inverness College has been recognised by Highland Councillors.   At the start of the recent Community Services Committee, members learned of Andrew Fraser's success and took the opportunity to congratulate him and pay tribute to the support and training given by council staff.
[Local Authority]
8/9/2014

The Highland Council's Energy and Sustainability team have won the best innovation prize at the annual Energy North Awards which were held in Inverness last week.   The Council has embarked on a project entitled Carbon Saving Capital Works for Council Buildings and Properties, with a specific emphasis on biomass, and in doing so has become an innovative leader in the renewable energy and low carbon sector.
[Libraries, Museums & Galleries]
11/12/2013

The environmental improvement works to Helmsdale’s Bridgend Car Park are now complete and the site has been reopened to the public.  These works have been funded through The Highland Council’s Planning and Development Service capital programme and are the second phase in a package of works aimed at providing quality public space and visitor reception facilities for Helmsdale.
[Educational Institutions]
29/10/2013

A ceremony was held today (Monday) to mark completion of the 1km section of the A838 Lairg to Tongue road, north of Laxford Bridge.   The Ł850k scheme realigned and widened the existing single track road to a modern two-lane standard.
[Other Public Services]
18/10/2012

Issued by Highlands and Islands Fire and Rescue Service.   Around this time of year people will be preparing for Bonfire night and young children in particular will be looking forward to the evening.
[Local Authority]
29/5/2012

A new partnership is being introduced in Lairg on Monday (17 October 2011) when the public will be able to source advice and information on police and Council matters from under the one roof.   The Highland Council is moving its Service Point from New Buildings, Main Street into the Northern Constabulary office on the same street.
[Local Authority]
10/6/2010

The Highland Council is to consult with the public over plans to extend the number of ways the public can pay Council bills, such as Council Tax, Non-Domestic Rates and rent.   A bonus for the Council is that it can save at least Ł400,000 per year through changing the way it collects payments.
[Local Authority]
20/4/2010

Offenders In Community Service Clean Up

Offenders subject to community service orders across the whole of Scotland will be busy collecting litter and cleaning up local areas this weekend to support the Keep Scotland Beautiful Spring Clean campaign.   In Highland 75 offenders who are being supervised by the Criminal Justice Service within The Highland Council's Social Work Service are scheduled to take part in the first national-wide Community Service clean up event.
[Local Authority]
21/2/2010

Highland consumers are being 'cold called' at home with the promise of free household alarm systems.   However, the offer may sound too good to be true and Highland Council Trading Standards Service are warning householders to be on their guard.
[Educational Institutions]
26/1/2010

The caring and supportive environment for learning was one of the three particular strengths highlighted by Her Majesty's Inspectors of Education in a report published today on Kinlochbervie High School.   Inspectors reported that in most classes, pupils were motivated and very willing to learn and that relationships between teachers and pupils were positive.
[Local Authority]
28/12/2009

A new public office has opened in Golspie, which offers a wide range of services under the one roof.   Olsen House is home to The Highland Council's Service Point and Money Advice Service as well as to staff of Northern Constabulary and the East Sutherland Citizens' Advice Bureau.
[Local Authority]
23/12/2009

Do you have an electrical item that's lost its spark? By the end of January 2010 facilities will be in place at Recycling Centres across Highland to recycle all waste electrical and electronic equipment (WEEE).   Householders in Highland will be able to recycle any electrical item with a plug attached, or items operated by a battery.
[Local Authority]
28/2/2009

A new public convenience has opened in Golspie, providing local residents and visitors alike with modern surroundings.   The Highland Council has invested Ł286,000 in the facility on the Main Street that includes male, female, disabled toilet units and an attendant's store.
[Local Authority]
7/12/2008

A new draft of the Local Plan for Sutherland has been published and is currently open for consultation.   The Deposit Draft Local Plan documents - including an accompanying Revised Environmental Report - are available for the public to view at The Highland Council Service Points, Public Libraries and Post Offices in Sutherland throughout the consultation period.
[Local Authority]
30/5/2008

Councillor Bill Fernie, Chairman of Education Culture and Sport Committee will officially re-open Sutherland Swimming Pool in Golspie on Saturday 7th June after a Ł1.2 million refurbishment by The Highland Council's Education, Culture and Sport Service.  The new facility now provides a first class environment for swimming, health and fitness which is fully accessible to all.
[Local Authority]
27/3/2008

The public is being invited to look around the The Highland Council's new flagship office complex in East Sutherland at Drummuie, Golspie, from 1-3 pm on Wednesday 2 April.  The impressive listed building, situated on the southern outskirts of Golspie, has undergone a total refurbishment to provide modern office accommodation for up to 130 administrative and professional staff from a number of Council Services.